It's Just not Cricket!

June 16, 2015
After a cessation from fishing for over a month I at long last managed to get to the Loch on Sunday for a trip out on the boat and also a trip up on Monday to fish from the south shore.
Sunday was a big disappointment as the only fish I came into contact was one which I fooled with a silver invicta, however It was only on very briefly as my whole leader came away from the loop on my fly line most probably because I hadn't taken care in insuring that my knott was secure.
My boat partner Davie didn't fair any better. We tried various locations without success.
Before we ended our boat session late on Sunday night we moved to the Boathouse bay where I have never seen so many fish for a long time. The surface bubbling all over the place with trout but they were not interested in any artificial fly I cast at them. How I failed to make contact with any trout in the boathouse is beyond me.
It was suggested that the trout were feeding on the Caenis otherwise known as the Fisherman's Curse and I can totally understand why they are so named.
However Monday was slightly better.
I walked down the south shore to the wee moss where i watched numerous fish rising. A few casts later I caught a nice trout of around 1 1/2lb which was fooled by a small olive nymph.
However as I was dispatching the trout a young lad appeared from nowhere , wanted to know what I caught the trout on and proceeded to move into the area I was fishing and if that wasn't bad enough he waded right in up over his waist which undoubtedly would have spooked all the rising fish that were around. Then I noticed he was on his phone calling his mate who was over at the cliffs, telling him to come over as someone had caught a fish.
I decided there and then that was enough and just packed up.
Hillend is far too busy these day for me to enjoy my fishing there,  not only that a lot of these folk don't have a clue about fishing etiquette.  Its very frustrating and fishing shoulder to shoulder with dunderheeds is not my idea of fishing.Its just not cricket!
Roll on July when I get up the Highlands so that I can experience real fishing! 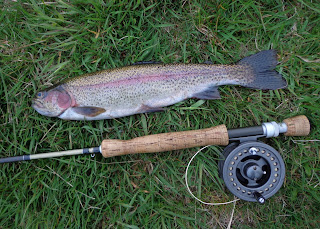 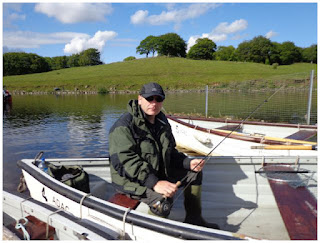 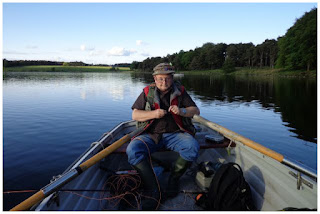 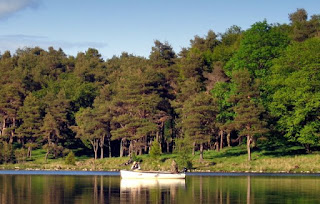 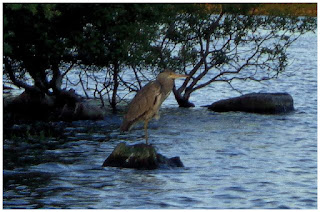