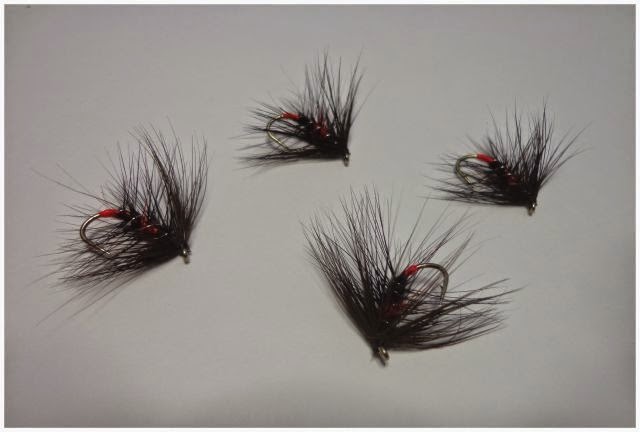 A fly pattern which I have had great success with over the years at Hillend and beyond is the Bibio.
The Bibio is a fly of Irish origin and was originally designed for sea trout but over the years has proved to be a great deceiver of wild brown trout on highland lochs as well as rainbows from reservoirs.
As with most patterns these days there are quite a few variants of the original deressing going around. Its usually tied small and sparse for reservoirs but for highland lochs its tied big and bushy and usually with a hen collar hackle to create movement.
Its predominantly a bob fly and as such usually fished on the top dropper.
With this mind I tied this quartet of Bibio variants for use on the Scottish highlands and island's lochs and lochans particularaly in a big wave.