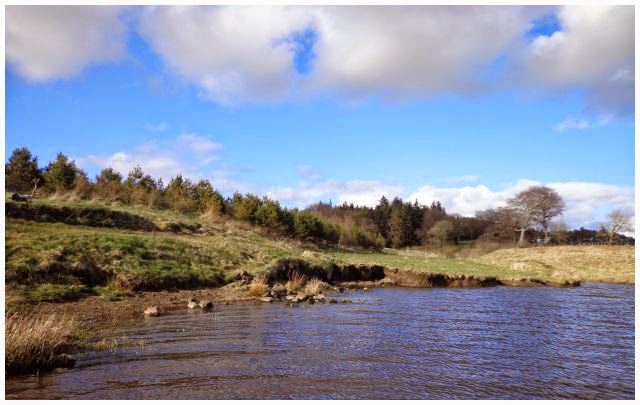 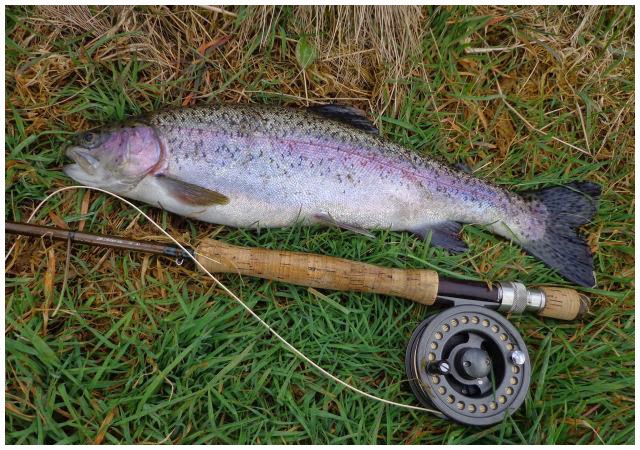 After having a look at the weather app on my ipad around lunchtime today I decided I would take a run up to the Loch this afternoon.

Despite it being a rather wet and dreich morning the weather did improve after midday.
Today as I was rummaging around in my fishing cupboard,getting my gear organised for my afternoon at Hillend I noticed my old Diawa Lochmore Z sitting at the back of the cupboard and decided I would take his with me as it had been a number of years since I used this rod. I had replaced this rod with a Sonik rod after breaking my Lochmore at the River Clyde in an unfortunate clumsy accident.
I did however get auld Johnny to fix my rod but ever since I got it repaired I have never used it as I liked my Sonik fly rod so much.
So of I went with my old rod to the North Shore.
I had fished for over an hour down past the Shields burn before I eventually hooked and landed a nice trout of about 2lb plus which was fooled by my gold head olive dancer. After the obligatory photo I fished on and about an hour later I duped another about the 2lb mark once again with the same flee.
To be honest the old Daiwa Lochmore felt really heavy compared to the Sonik so I m not sure if I will hurry to use it again. I would never part with it though as it holds so many happy memories. The pick of the bunch being when I caught my first ever Salmon with that old rod on the River Naver.
All in all a I had a very satisfying and fruitful afternoon at the loch today made all the more pleasant as there wasn't too many anglers about today and got that part of the loch today to myself.