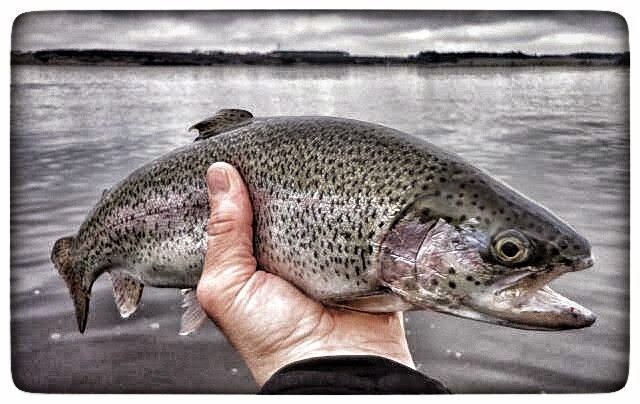 It was indeed a good Friday for the Dabbler of Hillend today as I caught two very nice rainbow trout this afternoon.
I was up at the Loch for a couple of hours today and met a couple of work colleagues who were fishing in and around the area known as the cliffs. They had been there from around 8 o'clock in the morning but had not been successful. After a chat with them I started fishing and quite soon after landed a trout of about 2lb and not long after that another which was about 1/2 lb lighter.
My work mates packed up soon after and headed home but before they went I offered them my two fish which they were pleased to accept. I fished on for another half hour without success so headed back along the south shore back to the car where I boiled up some water and had a very warm and satisfying cup of coffee.