First of the season!

March 17, 2021
On the opening day of the season this year I decided to head up to the local Loch when I finished work just for a couple of hours!
It didnt start too well though!
As I was driving up to the Loch I realised that just as I was passing the old Craig Institute building that I had forgotten my membership card!
So I about turned and returned home for my card!
When I eventually got back up to Hillend I parked up and made my way along the South Shore eventually  deciding to try my luck in the Easterroft Bay at about 5.15pm
I set up with a Blae & Black on the point  and a Zulu snatcher variation  on the dropper!
I fished from the old concrete jetty round to the area we know as the Cliffs without a touch.
I then decided to retrace my steps fishing back towards the jetty.
Just as the rain started and my Hope's were fading I got an almighty take and a lovely coloured brown trout leaped from the water trying to rid itself of my Zulu snatcher!
After a brief fight with a couple of heart stopping runs the trout succumbed to the resistance of my rod and came peacfully to my net!
After taking the obligotary photo and releasing the fish back Into the loch I punched the air with delight as I cant remember the last time I caught a trout on the opening day of the season!
I had a few casts more but decided it was time to head home when I caught my flees on a tree on my back cast!!!
When I got  home I had some explaining  to do to the cat as I had promised her a fish! Maybe next time I'll take one home for oor wee Belle!!! 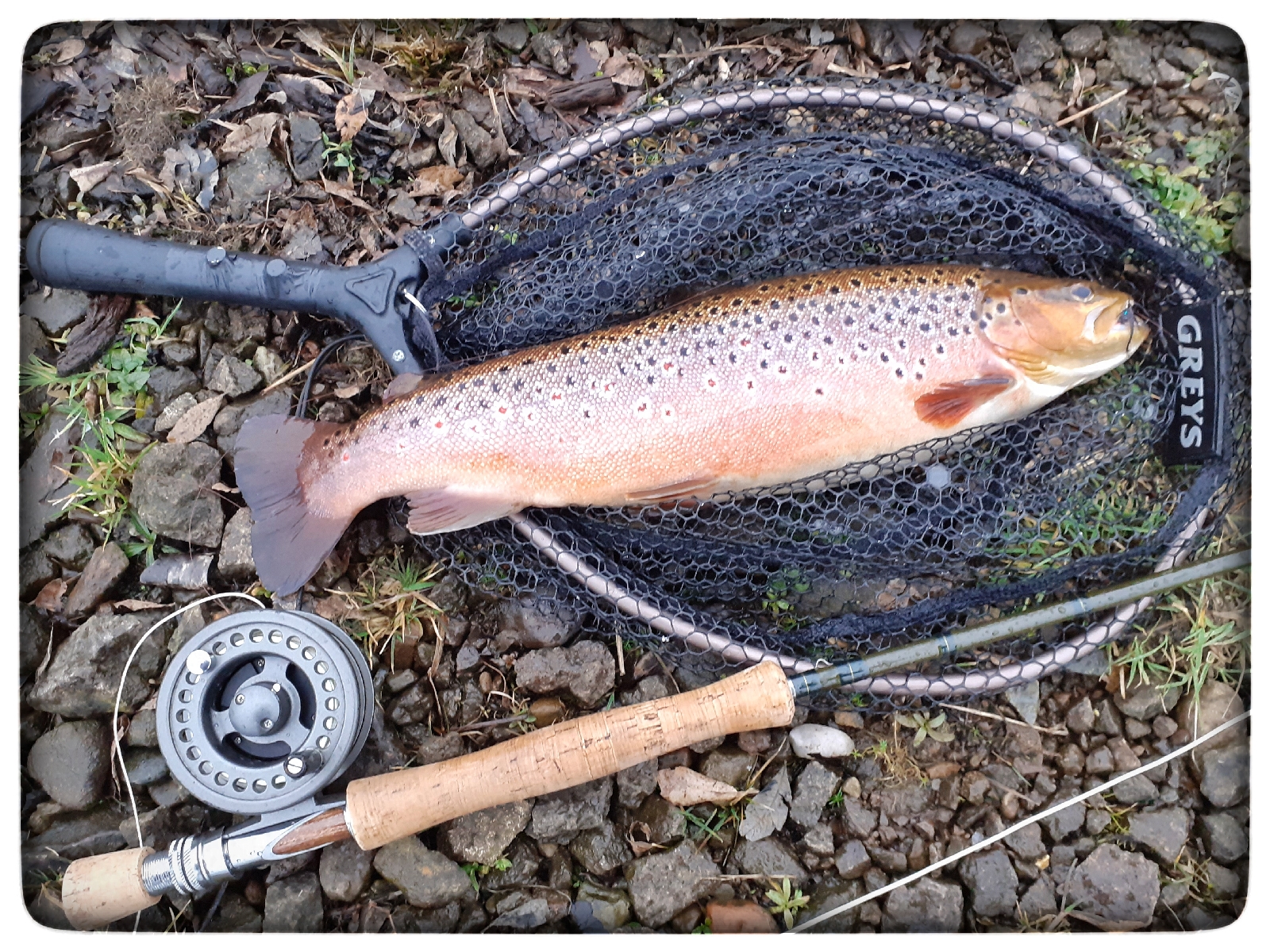