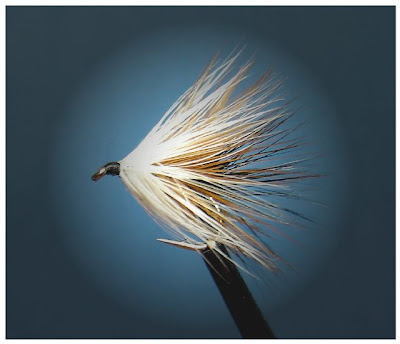 This is a fly my two friends Tam and Scott have been asking me to tie all season. The two of them have had great success with this pattern for a few seasons now. This is my first attempt at trying to copy the version they have now ran out of. It does appear a bit overdressed but that was the intention.
This variation of the Loch Ordie originates from The Orkney Isles where it has been used to great effect in a big wave.We have found it to be successful on Hillend Loch as well as Highland lochs too. It's surprising how tempting it is for the trout as it hangs in the surface film just as it is about to be lifted for another cast.
I know Tam will like this pattern and I know I will be getting pestered to tie more of these over these winter months.