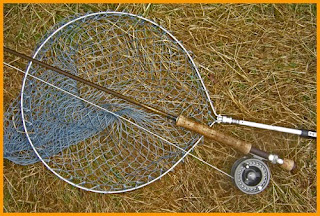 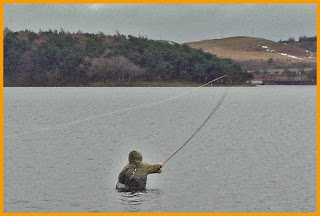 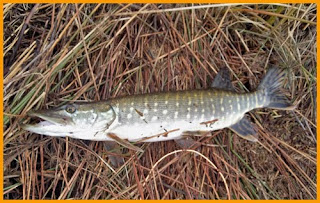 This Easter morning My work colleague, his friend's son and I went up to Hillend Loch to see if we could fool some trout. I told them that we might do well at the North shore as I had been successful there last week and there had been reports of others doing well there too. The weather was a tad over cast with a light wind so we were full of hope when we arrived on the North Shore. Tosh soon got to work on the breakfast which consisted of burgers. sausages and onions cooked on a wee disposable BBQ. After a good feed we set about trying to hunt down some Hillend Trout. As the morning progressed we were hearing reports from passers-by that trout were getting caught down by the Big Moss Hole and the Shields Burn. We persevered at the west end of the North Shore without success. Young Alan was getting restless so he decided to move down to the Moss Hole. After an hour or so he returned to tell us he had caught a couple of small pike on a black Fritz lure and had taken a couple of pics with his camera phone in case we didn't believe him. Alan said he was disappointed because he didn't catch trout but I told him not to be silly as the fish he had fooled were wilder than any rainbow trout that inhabited Hillend Loch.
In the end Tosh and I were piscatorialy challenged and the young lad had out done us with his wild Hillend jack Pike.