A Rainbow in the Sunshine 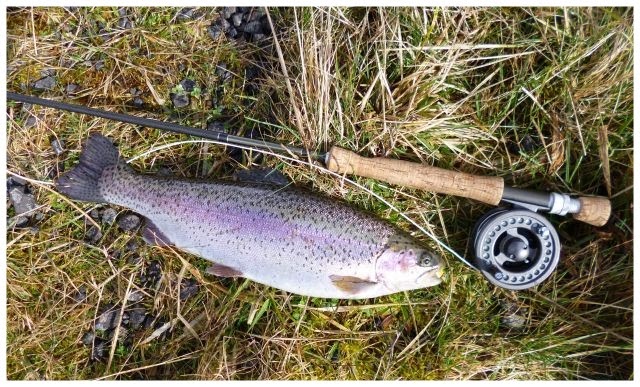 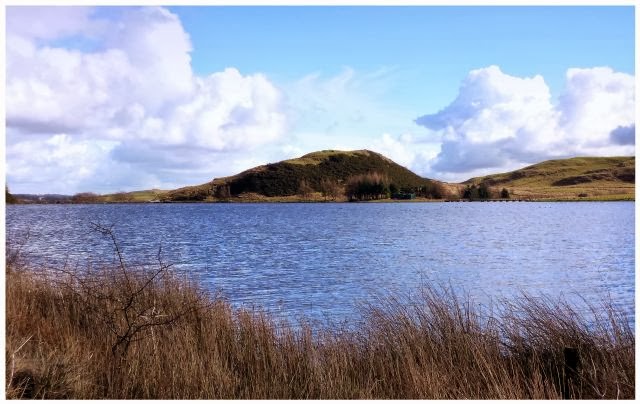 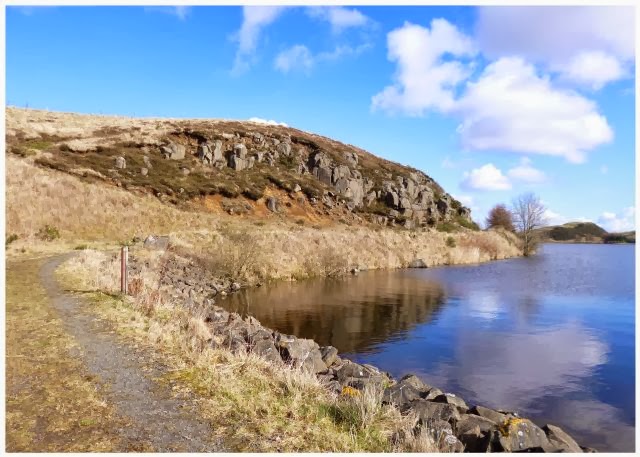 Woke up this morning and took the wife to work. I then went home made a packed lunch and went up off to the Lily Loch again.
The weather was a lot better than yesterday though it was notably windier and still cold despite the nice sunshine.
I made my way round to the bailiff hut then went up the far west of the loch. The conditions underfoot were gloriously muddy and very slippy.
I reached the top bay and had a look around for any sign of fish activity, Nothing was showing. Then after about fifteen minutes or so I hooked and landed a nice rainbow trout on one of my lure patterns which I recently tied. It was a yellow dancer of sorts.
After a quick photo call I slipped the trout back into the loch. Pleased that I had captured my first trout of the season I fished on a little longer and tried along the shore of the bay and then had a few casts in the square bay but I never encountered anymore fish.
I then spent a leisurely couple of hours just walking  round the loch stopping here and there for photos and just sat enjoying the spring sunshine.
It was great to spend a few hours up the hill from Hillend at the Lily today in the spring sunshine especially after the bleak day I had there yesterday.