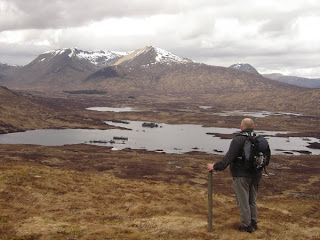 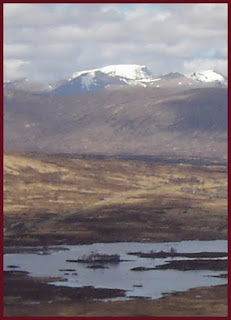 Well folks. I have been blogging for just over a month now and as yet have not entered many posts about the art of actually catching trout. Most of my posts have been about fly tying, moaning about the weather, rambling, books, lochs and burns but there hasn’t been much in the way of trout catching apart from the odd wee report from last year which I have been utilizing to get the blog up and running.
Please don’t give up on my blog just yet as come the 15th of March I hope to start filling these pages with up to the minute reports about my exploits at Hillend Loch and wherever else my angling travels take me. Don’t get me wrong as I will continue to have blog entries about fly- tying and the weather etc and whatever else catches my eye. I believe that my blog is a great example of proving that there really is more to fishing than catching fish.
Here is an account of a wee day out I had with my wife last year that helps explain that theory….

It had been a while since my wife last asked me to take her hillwalking with me. A good few years infact. After visiting a well-known outdoor shop she got kitted out with some new boots and stuff. Her intention was for us to take to the hills on Easter Sunday. I did not want to let her down so I didn’t tell her I was actually planning a wee fishing trip that weekend. I decided on a cunning plan. By way of a compromise I delicately asked her if she wouldn’t mind if I took my fishing rod with me to the hills. Val to my surprise didn’t mind at all.
I then went on to explain that she had better take it easy and not take on anything too strenuous. I told her of a hill that I thought would be ideal for her born again desire for hillwalking.
The hill that I suggested was Glas Bheinn on the fringes of Rannoch Moor. I knew this hill would have fantastic views overlooking Rannoch Moor and it’s numerous lochs and lochans.
This wee hill which rises gently from the car park on the A82 looking over Loch Tulla has a couple of wee lochans near its summit and directly North West lies the Dubh Lochan which was my desired destination as I had long fancied heading to that water for a few years now.
As we departed the car park, the lone piper who was there for the benefit of the gullible tourists unwittingly piped me and my wife off on my first wild fishing trip of the year. As the sound of the pipes faded in the distance the new sounds that we became aware of was the squelch of our every step. This sound was to stay with us for the rest of the day as this walk is very boggy indeed. We made progress up the hill by following a deer fence. At one point we actually saw a deer on the skyline. After half an hour or so I had to have a pit stop so to speak. After some adjustments we carried on our way. Just when the summit was within reach I noticed that I wasn’t carrying my fishing rod anymore. My language was choice when I realized that I must have left it leaning against the fence when I had that first “wee” stop.
My wife laughed as she planked herself on a rock and waited on me going back down to retrieve my fishing rod.
Fishing rod recovered we splodgged on. The first sight of Lochan na h- Achlaise and the Black Mount came into view then Loch Ba and the whole shooting match of Rannoch Moor and beyond as we reached the summit.
We sat at the summit for quite a while as we took in the fantastic panorama before us. We lunched and took quite a lot of photos. I absolutely adore this area and would without hesitation say that the summit of Glas Bheinn is the perfect place to appreciate its beauty.
Anyway after some considerable lazing around at the summit we decided to splodge on as I had some fishing in mind. Just a short distance from the summit were a couple of wee lochans. One of them looked as if it might hold fish so I set up my new outfit and set about trying to find out if indeed it had any trout. After an hour or so I gave up. I still don’t know if it holds anything other than water as I blanked.
As I already stated this was my wife’s first hillwalk for a few years. Her legs and feet were sore and she didn’t fancy descending down to the Dubh Lochan which I’m sure has fish as there are burns running in and out of it. Then having to climb back up to Glas Bheinn. So we decided that we would head back through the splodginess back to our starting point where we reflected on a very enjoyable day.
I wasn’t disappointed as the pictures I got more than made up for the lack of fishing. If I had been on my own I would have headed down to the lochan then walk south east to the unnamed lochan where I’m sure one would encounter troot. Then descend down to the Water of Tulla and follow the track back to the A82 and back to the car park That’s one for the future. I would imagine that the terrain down by the lochans would be rather boggy so that might be a bit off putting.