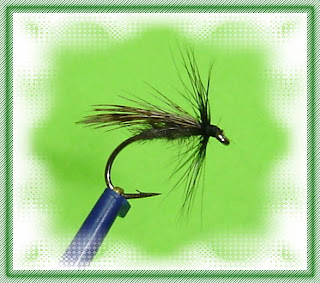 There is a fly that may be encountered from the end of April to the end of May on the Clyde when the conditions are suitable
The fly in question is known on the Clyde as the Sand Fly, but referred to elsewhere as the gravel bed, since it appears on the surface of gravel or sand, before swarming onto the water.
It is a rather drab little creature, but according to Clyde fishers the response of trout to its appearance can be very spectacular.
The hatches take place in the slightly moist sand and gravel near the river edge during sunny days in May.
For some Clyde anglers the Sand Fly season is the absolute pinnacle of the trout season. The recommended areas on the Clyde for sand fly fishing are in the Lammington area and also the Bower Pool area another suggested stretch is the half moon flat between Thankerton and Carstairs. There are many other suitable stretches such as the Elvanfoot area but the hatches maybe later in this location due to it being higher and often more cooler.
There are several artificial flies which some tiers claim to be the must have sand fly patterns but in my opinion and that of many others the definitive Clyde Sand fly pattern has got to be the one included in the Bert Sharps wonderfully rare book, “ Lets Fish the Clyde” The dressing is tied with size 14 or 16 hooks, black thread, a body of very sparsely dubbed mole fur and a wing made from a small brown speckled partridge feather and then a black hen hackle is tied in front of the wing.