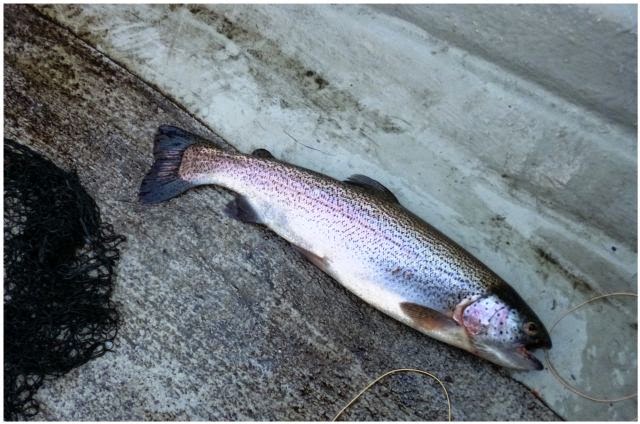 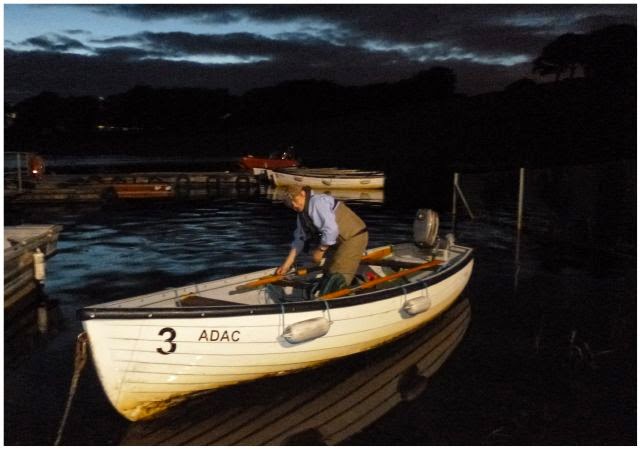 Last night Davie G akaThe Hillend Veteran and I went out on the loch full of hope that we could perhaps take the lead in the annual Airdrie & District AC boat pairs competition.
The competition is open to all member throughout the month of June.
The reason for our hope was the catch reports for the comp had been disappointing. The target to beat was a meagre 5lb odds.
So off we went out on the loch taking advantage of Saturday being the longest day of the year and making use of the extra daylight.
However we tried various drifts without success or even seeing a fish until about 10pm.
Not long after 10 I caught the first trout of the night which was deceived by one of my wet daddy patterns. The fish weighed just under 2lb. I had a further few offers but no more trout for me in the boat. A short time after I had netted my fish The Hillend Veteran struck into a fish which put up a heroic fight but finally succumbed to the net. Davie's fish was fooled by his black muddler pattern.
We fished on well into the dark without any further fish interested in anything we were trying to fool them with .
We eventually headed back to the club house just before midnight to get our trout weighed in. Our brace was an ounce under 4lb which I believe puts us in second place.
However as there a further four boats to compete before the end of the month I'm sure our catch will be out of contention for a second or even third place.