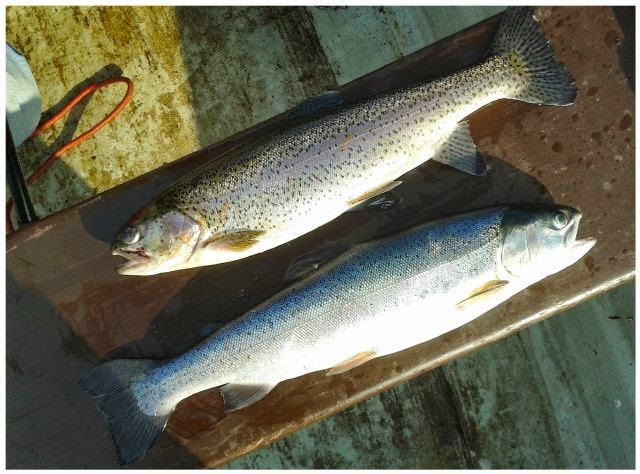 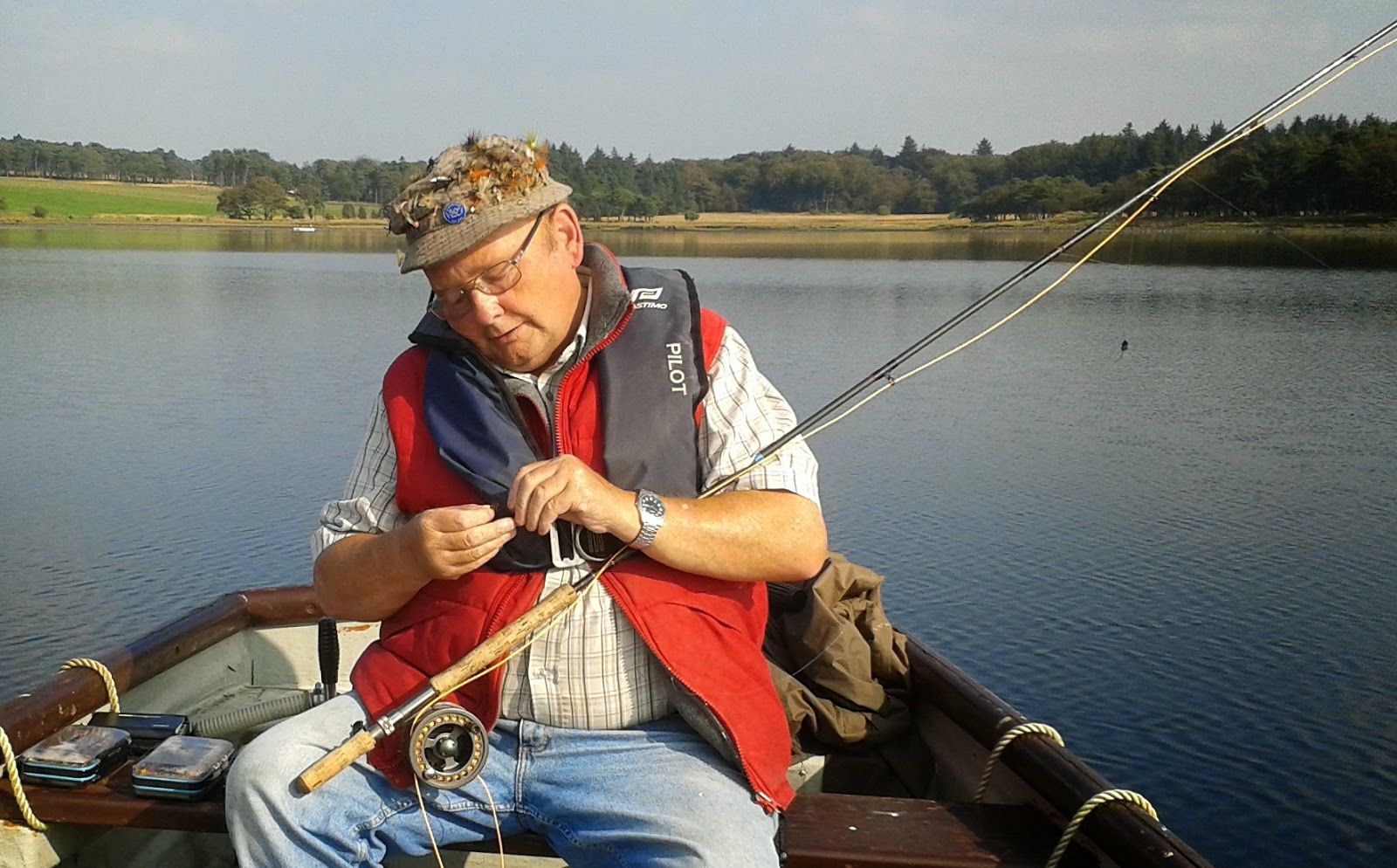 Today I went out on the boat at hillend for probably the last time this season as I have a busy few weeks ahead as well as going on one last Fishing Stravaig to the far North West of the UK next week.
My boat partner today was non other than the Hillend Veteran Davie G!
Conditions were not ideal as we set afloat as we had bright sunshine with clear blue skies as well the surface of the loch looking like a mirror.
We concentrated our efforts on the north shore of the loch as well as the big back bay behind the woods.
Davie hooked and lost a cracker of a rainbow which must have been about 4lb but he lost the fight after a good ten minutes or so.
I was next to lose a fish which pinged my fly close to the boat and then swam off. There after we did rise quite a few fish which was surprising as the conditions were far from ideal. However every now and again a breeze would pick up and we would feel more confident fishing in a nice ripple.
In the afternoon I eventually hooked and netted a trout, It was nice blueback trout of about one and a half pound or so. The fish was fooled by one of my small black cormorant lures.
It wasn't long before Davie hooked and landed a fish this time it was a rainbow trout which was fooled by a Coch Y Bonddu.
We fished on for another hour or so and managed to rise a few more trout but they weren't confident enough to take our flies.
We called it a day about half past four and headed back to the club house.
I thoroughly enjoyed my day with Davie on the loch today and as I have previously said in my podcast its always a pleasure to fish with Davie, an experienced stalwart of Hillend Loch. Until the next time , Thanks Davie.