September 21, 2016
I arrived at our excellent Stravaig Base Camp on Benbecula along with Lochan Load and our driver Highlander,late on Wednesday night after following a British Army convoy of various trucks and vehicles from Lochmaddy on North Uist all the way to Benbecula.

Next morning after an awfy unusual breakfast for a WFF Stravaig I was off to West Olley with Bob Fly in search of my first trout of the trip, however I didn't get off to the best of starts as I failed to net any trout on the boat and the best I got was a swirl at my flies near the end of an uneventful day,which got even worse for me as just as we were on our last drift, my Rod got broken at a point on the rod which I got repaired a number of years ago.
Bob Fly didn't net anything either, however he did hook and play around with a land locked salmon which got us into a rather messy tangle of line, weed, laughter and quite possibly tears too. I'm sure Bob Fly will describe his unsuccessful but memorable battle better in his report.

On Friday after another unfamiliar WFF Stravaig breakfast I fished a nearby loch with Border Bob.
We both fished from our float tubes which I enjoyed immensley. I'm  a bit of a novice to float tube fishing but really enjoyed the experience, especially the freedom that it gives you to cover areas of the Lochs you might otherwise not get into by foot.
I caught a few trout, all be it of modest size. Border Bob had a few too and kept one, he promised for our host Donald.

Saturday arrived and after downing yet another uncommon WFF Stravaig brekky, Robbie dropped me off at recommended Benbecula loch which I fished from the tube on a rather windy day. I caught eight trout to various fly patterns. Again I really enjoyed the much needed float tube experience, but felt a bit uneasy in the very blustery squalls out on the open loch, so mostly stayed close to the margins which probably helped in successfully fooling the troots.
I called it a day when I had fished myself out and began a very uncomfortable walk back to base with my float tube on my back and all my gear, while still wearing my waders etc. Fortunately about halfway back, Wilder the Better caught up with me on his walk back from some lochans north of where I was and assisted me by carrying some of my gear, which was very much appreciated.

Sunday morning saw the arrival of the rain and very strong winds to Benbecula and I doubted whether or not we would manage to get any fishing done on such a terrible morning.
However the forecast was showing that the weather was to improve as the day went on and after a late uncustomary WFF breakfast, numerous cups of coffee and  hanging around until midday, Robbie and I set off to a loch that I had visited last year in the changing weather conditions.
We got geared up with our float tubes and ventured on to this interesting loch with great hope. We both got offers to our flies very quickly but it wasn't until we fished just off the far shore where the wind was blowing to that we got our first fish of the day.
I got a further two trout near that shore then moved in among the islands where I got another three trout. Robbie had a few more too from the far shore.
At around six o'clock, my four days of Hebridean trout fishing was over.

My most successful patterns on this trip were muddlers, claret bumbles and Zulus.
All my trout were of a modest size compared to some of the lovely trout caught by the other Stravaigers.
Well done to Lochan Load for winning the Malt Whisky challenge set by our host Donald for the prettiest fish and also congrats to Billy for winning the MP Bowl for the heaviest fish which was hand crafted and kindly donated by Bob Fly.
A big thank you to Bibio for all his forward planning and booking for this trip, Alan for arranging the quiz night and arranging my travel arrangements and also to all the guys who supplied and cooked the wonderful evening meals, they were teriffic.

This was my first real go at Wild fishing from the float tube and thoroughly enjoyed the experience as I learned quite a lot from it.
The most important lesson I learned was to never go for a pee on a shallow rocky shore that the wind is blowing onto. I made that mistake and found it very difficult to get away from that shore, oh and also don't be taking on too much fluids as you will be regretting it and you might end up having to go ashore to that wind swept rocky shore as a matter of urgency.

Two of the most surprising things to arise from this trip was the the lack of fry up breakfasts, which I'm sure we will all have benefited from and lastly some folk actually    did drink that smooooooooooch!
The whole trip was a blast and hopefully it can be repeated next year! 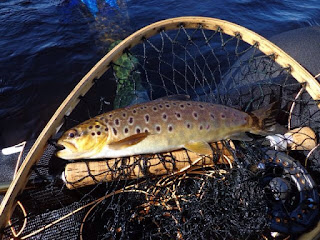 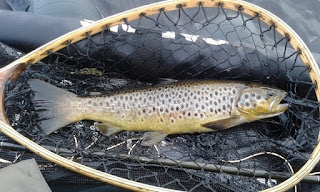 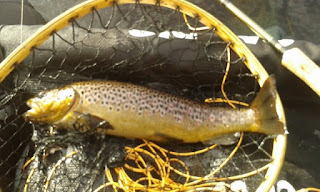 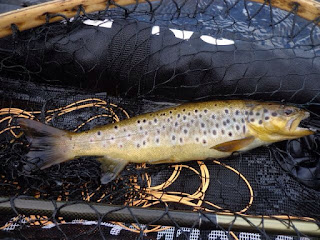 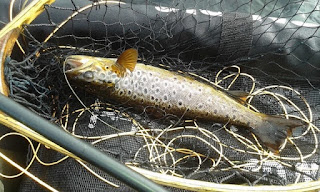 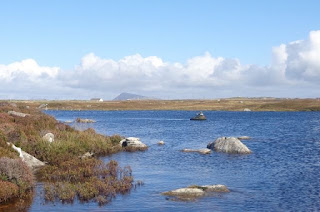 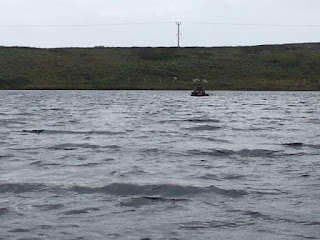 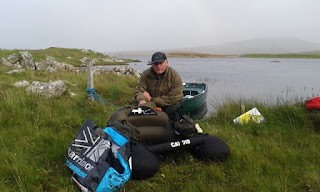