My season is over! 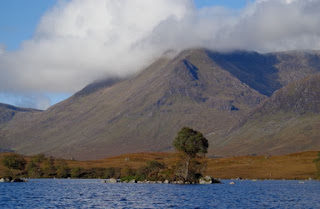 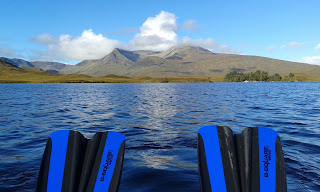 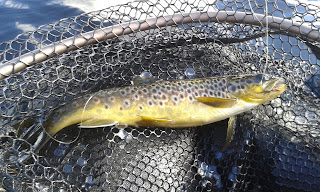 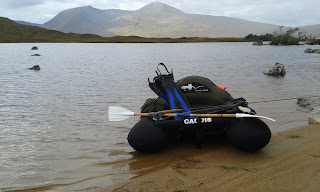 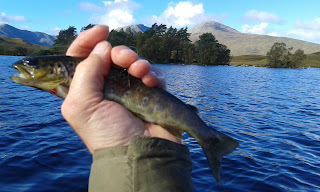 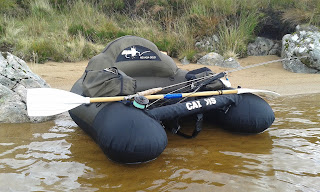 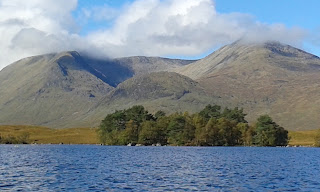 My season is over now we're in October
As the sixth was fast approaching I just had to have my last flyfishing trip of the season to the edge of Rannoch Moor to Loch Na H-Achlaise.
On this Occasion I took along my float tube as that was something I'd been intending to do all season and was keen to get about the islands and huge boulders that are scattered about on this most scenic of lochs.
I arrived at the loch on Saturday morning and was soon working the fins out towards the rocky features where I had high expectations of encountering trout.
As expected I caught numerous brown trout which are known in some parts as "Bandies" There is some debate as to where that name comes from but in essence it just means "wee troot"
I lost count of the trout I fooled with the two flies I fished all day, A muddler and a Kate McLaren variant.
It was a very pleasing way to end the season, with a tremendous day of sport in a most spectacular setting.
Once I had my fill for the day I came ashore at a nice sandy bay and walked over the moor back to the car and drove up to Glencoe where I camped for the night.
The next day I finished off a great weekend by having a fantastic walk in Glencoe which was looking at it's finest in the most beautiful of days.