Sunday16th July my mate Tom and I headed north. Our loch of choice was the Spey Dam , but before going to the Laggan Hotel to pick up our pre-booked permit and oars we stopped of at the location of Teenage Fanclub's "Songs from Northern Britain" album etc, to see how the wee Laggan petrol station was looking these days. Seems there has been a complete overhaul.
On arrival at the loch there was quite a stiff breeze blowing down the loch but we set off out on the boat anyway. We tried a few drift drifts mostly around the island rising numerous fish and getting half hearted takes without landing any trout.
We then decided to take a break as the wind was getting troublesome and a bit scary at times for although the boat was in great condition it wasn't the most stable in these blustery conditions. Once refreshed we headed out afloat again as the wind subsided a bit but every now and again would pick up so we had to be careful where we drifted and avoided the middle of the loch where the wind was at its most fiercest.
As the day progressed we started to pick up trout, losing and missing as many as we caught. At the end of the day we had 14 trout all about the 1/2 lb Mark for the boat, 7 fish each for Tom and I.
The trout were fooled by Ordies, Watten Warriors, soldier Palmer and muddlers but mostly muddlers.  We called it a day when the low cloud rolled in bringing  a drizzle of rain.
I think thats my 4th visit to Spey Dam and I have always enjoyed my days there with great sport.
We headed off back down the A9 satisfied and hungry so stopped off at Pitlochry for fish and chips from the Chinese chippy before making the remainder of the journey back to North Lanarkshire! 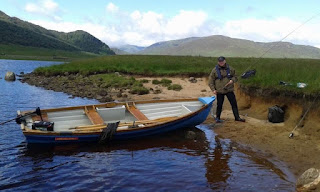 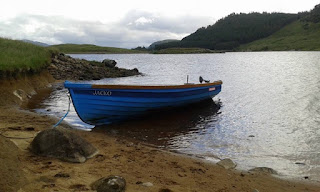 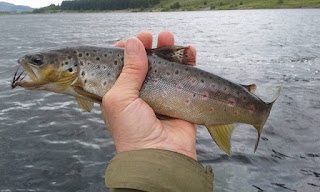 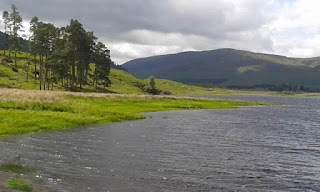 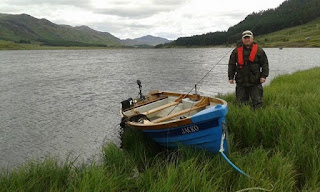 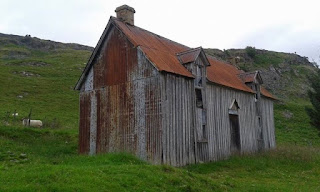 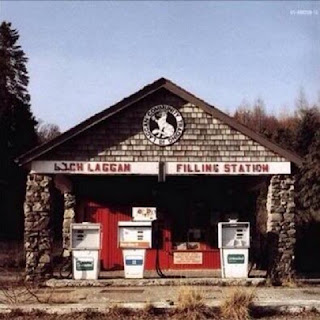 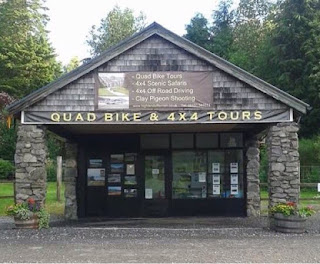