Frustration at Hillend and Pottinshaw 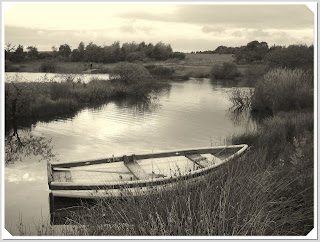 Yesterday afternoon My friend Scott and I went up to Hillend to have a day out on the boat. Travelling past the south shore the conditions looked reasonable. but when we got to the clubhouse we were told that they weren't allowing anyone out on the boat because the wind was too high. To be fair at the narrows it did look quite wild.
After having a blether for half an hour or so in the car park with another couple of anglers who were also denied a boat, the wind appeared to have eased and much to my surprise as I looked up the loch I saw a couple of anglers out on a boat drifting down by the point of the woods.
I was quite annoyed with this but didn't bother questioning why this was the case instead we decided we would go to Pottinshaw Fishery as we didn't have our waders or appropriate footwear to fish Hillend. Off we went to West Lothian to fish the Whitburn venue. Pottinshaw is a catch and release only fishery and were warned that the fishing can be dour at times.As the afternoon progressed this proved to be the case.I did manage to land a fish..... a perch and I did hook a trout but failed to bring it to hand. I was pleasantly surprised how nice this wee place was. It is well looked after but the one drawback for me was the constant drone of the traffic on the nearby M8.