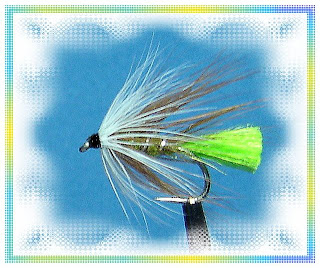 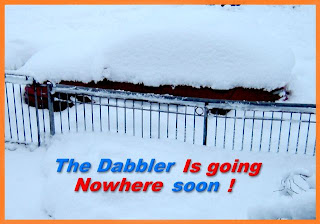 As the weather situation here in Airdrie appeared to be eventually getting better over the last couple of days I arranged to have a holiday from work today as I had some business to attend to in Motherwell and Glasgow.Last night I cleared the snow from my car in preparation for venturing onto the roads for the first time in over a week. Then when i awoke this morning and looked out my window I couldn't believe my eyes. The snow had came back with a vengeance and was still falling and piling up at an alarming rate. With the entire town of Airdrie in a gridlock situation my plans scuppered for the day there was only one thing for it. I made a big pot of Scotch Broth and then while that was cooking and simmering away in the kitchen I pulled up a chair at my tying desk and got to work in tying even more flies for the forthcoming season which is only 98 days away. I tied various flies, mainly Loch style flies, no change there then I hear you cry. Well its mostly loch fishing do. Caithness was on my mind as I sat at the desk for most of the day. I tied all the usual suspects and a few others which were a combination of standard patterns the above fly is one of those such flies. It is a bit Loch Ordie, green tail Kate and watten warrior.
As I sit and write this my wife has just returned from work and told me that the Carlisle road in Airdrie is still gridlocked with reports of cars been stuck there for 8 hours.All major roads such as the M8, M74 and A80 show no signs of letting up. If it carries on like this I wont be at work tomorrow which means that my new fly box will be full sooner than I thought.