First Fish of the season! 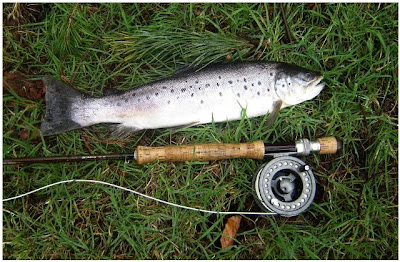 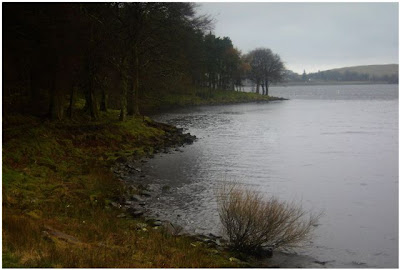 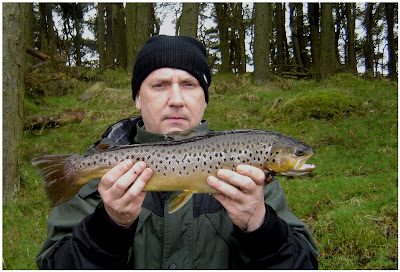 Last season it happened at the front of the woods near the island, this season it was at the back of the woods in the Big back bay. If you are wondering what this could be it's where I caught my first trout of the season at Hillend Loch. I managed to fool a brown trout with a green and black lure.
Where and when is always worry at the start of the season because it can sometimes stretch into next month therefore I was very pleased to catch my first fish which was shortly after followed by my second fish a stocked rainbow trout fooled once again by my black and green lure. Conditions were wet and windy when I arrived at Hillend this morning so I decided we would go round the back of the woods which was more sheltered than everywhere else on the loch. Tosh was spinning and I was fly fishing. Tosh had the first fish of the day a perch then soon after the bigggest fish of the day a 3lb brown trout I then caught my two fish then Tosh went on to catch another brown and a bow . All Tosh's fish were caught on his favourite black and gold zebra toby. As the wind and rain never relented all day we decided to call it a day at around 2 o'clock and walked back to the car pleased that we had broke our duck for the new season. On reflection a very pleasing and satifying start to the season. Top pic is my brown trout bottom pic is Tosh with the fish of the day.