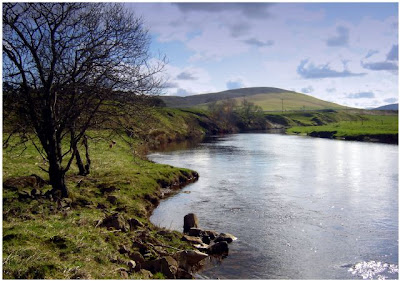 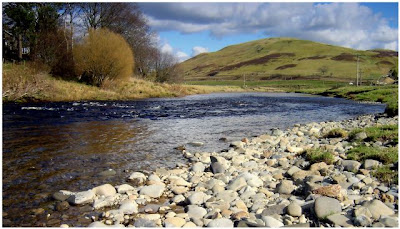 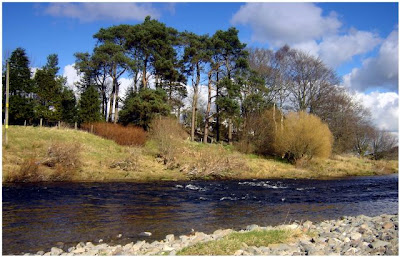 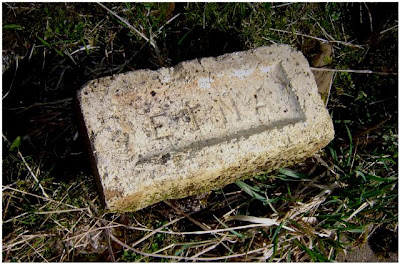 I departed Airdrie this morning listening to the sound of waves crashing on the shore. No I havent gone comletely insane I was listening to the opening track on the Who's Quadrophenia, as I travelled south in my car to Abington.
On arrival I noticed the areas I like to fish were busy with that being the opening weekend an all so I drove back in the direction of Lammington and pulled up in a layby near the Wandell Burn. I followed the burn down to the Clyde then decided to walk up stream and fish my way down to the Roberton burn. On my way down I fished the river hard but neither saw or touched a fish. Once I reached the Roberton Burn area I had a break and wandered around taking pics and had a bite to eat. Refreshed I walked back up to where I started and noticed a few fish rising. Encouraged by this I cast in among them but had no luck I most probably spooked them. I fished on back down stream again but remained piscatoraly challenged.
I suppose it had to happen, my first blank of the season. Nevermind it was a great day out on a glorious day on the Upper Clyde.Before I sign off I thought I might remark on the brick I found at the rivers edge. Etna eh! Now I know there are Roman camp ruins etc scattered all around this area but I had no idea they brought over their own building materials Lol!
Sorry if you came on here looking pics of Clyde trout. Next time I must try harder.