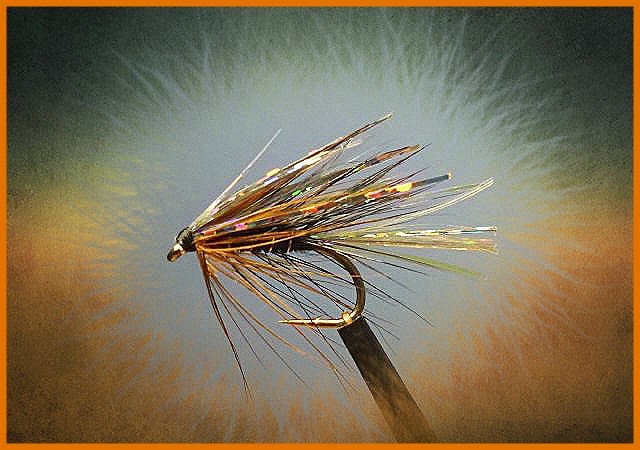 Those who know me are well aware that my favourite working fly is most definitely the Kate McLaren. Its also one of my favourites to tie too as its relatively simple and tied in a classic traditional Scottish wet fly style.
The traditional Kate has been with us since the 1940's but since it was first devised many variations have been created from the vices of many fly tyers.
I have tied quite a few variations myself but to my mind the variants are not any better than the original dressing.
However after a chance meeting with fishing guide Andrew Hogg recently on the shores of Loch Borrallie near Durness I had a look at his website and was intrigued by one of his fly patterns which he calls The Sparkle Kate. Andrew says its a great all round pattern and is rarely off his leader.
I really liked the look of this pattern and have decided to tie up a few which I intend to use at Hillend Loch in the next day or too.
The pattern is pretty much a basic Kate with crystal flash for a tail instead of pheasant crest and also the addition of a crystal flash wing. I think it looks great and will perhaps have that wee bit extra sparkle which will hopefully attract the attention of the trout.