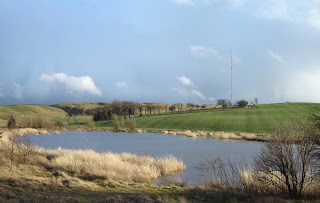 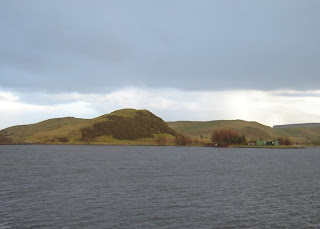 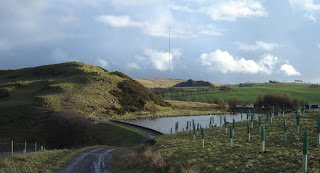 This being the eve of the opening day of the fishing season at the Lily Loch. I thought it would be appropriate to mention my other local loch. There is not much point in me telling you the history of the Lily loch etc as the Lily Loch have their own very well put together web site which you can access through a link on my side bar.Everything you need to know can be found there.
The Lily loch is not very far from Hillend Loch in fact in simple terms it's just across the road from Hillend and over the Hill. The Lily comes under the auspices of Clarkston Angling Club which was founded in 1982 after a split away from another local angling club.
As I write this piece it appears that Winter is refusing to go away so it would appear that the Lily is going to have a White opening day. I am led to believe that half of the Loch is actually covered in ice just now but I would wager that the winter weather won't be putting of the Lily regulars for if they are anything like me I would imagine they have been looking forward to the opening day since the last day of last season. I normally have a visit to the Lily at least half a dozen times during the coarse of the season and occassionally have a walk up there as it's quite scenic and offers great views of my own Loch Hillend on the walk up.