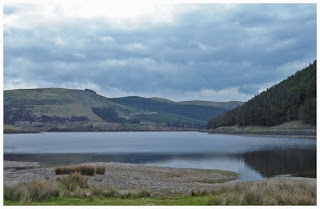 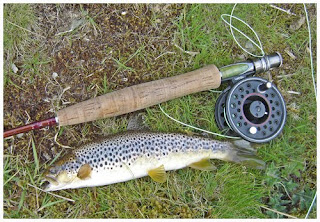 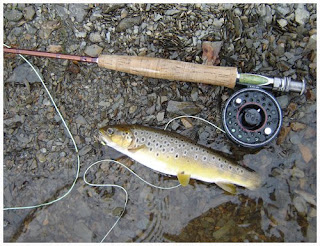 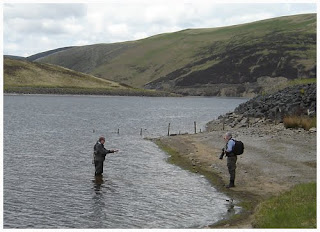 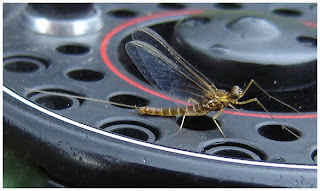 Today was the day I met the Trout and Salmon. No! Its not what you are thinking. There are no salmon in that neck of the woods. Let me explain.
I decided to travel down to the Camps Reservoir near Crawford this afternoon. When I arrived I got myself prepared and made my way over to the shore. I met a couple of blokes one was fishing the other taking photographs. I approached the photographer and made conversation by asking him. You not fishing today? He replied by saying that once he had everything in the can he would get fishing later. He then went on to explain that he was doing a feature on the Camps Reservoir for the Trout and Salmon magazine and said that it will be ready for next months edition. He then told me that the fisherman was a bloke called Robert Irvine who writes for T&S. Robert will be writing the article and that he will produce the photographs.
He was a very pleasant bloke and spoke to me for a wee while and told me of other features he did including one of South Uist that was in the mag last year.Before he went away to catch up with the fisherman he said I would see him later as they were going out on the boat for some rod bending shots etc. It was all very interesting stuff.
Little did they know I was there doing my wee bit for my own wee feature on my blog and they were being featured too.
I had a thoroughly enjoyable afternoon at the Camps and managed to get some photographs of a few of the fish I caught, probably not in the same League as the Trout and Salmon blokes but interesting all the same.I lost count of the fish I caught, about ten I think it was but missed more than double that. The broonies at Camps are like lightning. The fly that was so successful for me was that Balloon Caddis pattern. I also got one on a black spider and a Kate McLaren. Two or three of the fish were on the small side the rest were maybe 1/2 lb.There were plenty of flies about today, none of which I was able to identify except for the midges which made an appearance once the wind died down. There is no mistaking them. It had been six or seven years since I was last at Camps . I wont be waiting as long to make a return trip. Next time I fancy drifting from a boat. Enjoy the pics.