A fine way to end the day 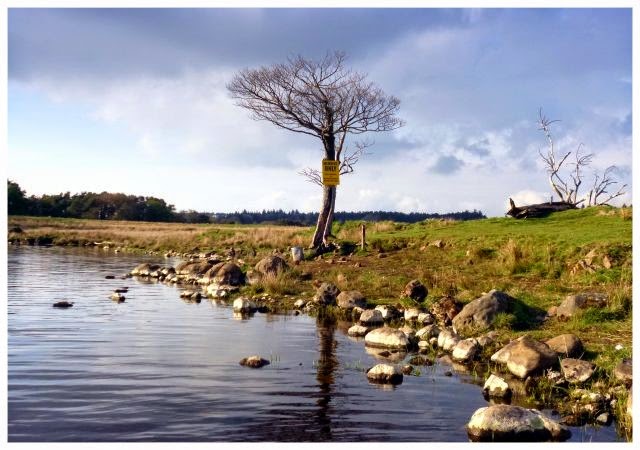 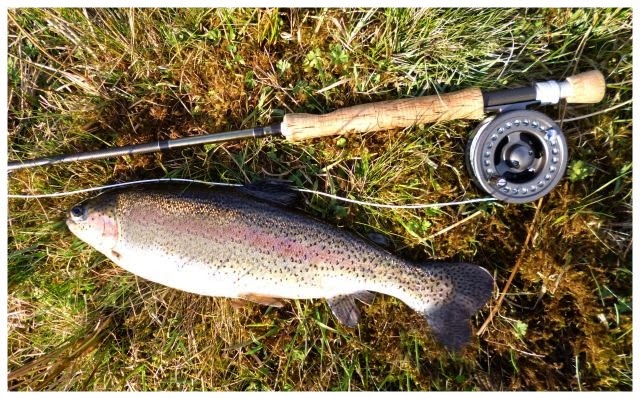 This morning I had some family chores to attend to and in the afternoon I watched that game that someone once said was more important than life and death. Yes I was watching the football so once that was all over I then had a meal and it was then off to the loch I go. Happily I wandered down the narrows it was then that I met my wee pal Joe. After a quick chat I sat down and strung my rod and started to fish at the narrows. I got the feeling I was in the wrong place so off I went to the Boathouse Bay. It was warm despite the east wind so I sat around for a bit then set up with two small nymphs on my leader. I cast them out and retrieved then as slow as I could. I had been intending to use my recently tied dabblers but the conditions called for the nymphs in my opinion.
A short time later my hunch paid off as I hooked and landed a nice rainbow trout which was fooled by my top dropper which was a size 14 hook with a peacock herl body ribbed with silver tinsel and some black cock hackle fibres for a tail. A very simple and drab tying but one which the trout appeared to like.. I didn't fish on much longer and was just happy to catch the one trout and then head back home for a nice bottle of red and enjoy the afterglow of a very fine day indeed.