May 12, 2021
Dabbler style patterns are among my favourite style of flies to fish and tie.
According to Ted Malone's excellent book, Irish Trout & Salmon Flies, the Dabbler style is of Irish origins and credited to Donald McClearn of Dromore County Down, whose schoolboy nickname was Dabbler. It makes sense I suppose that Donalds style of cloaking the mallard fibres be named Dabbler style.
However Ted goes onto say that there is no such fly as The Dabbler but just a new style of old traditional Irish trout flies dressed "Dabbler fashion."
As you know I'm not keen on giving names to patterns I tie, just incase they are not accurate! However on this occasion I'm going to make an exception and declare that here is a Claret Dabbler tied by the Hillend Dabbler! Which according to Ted's point of view must  really just be a claret bumble pattern tied Dabbler Fashion!
It's fair to say that I'm a dedicated follower of Dabbler fashion! 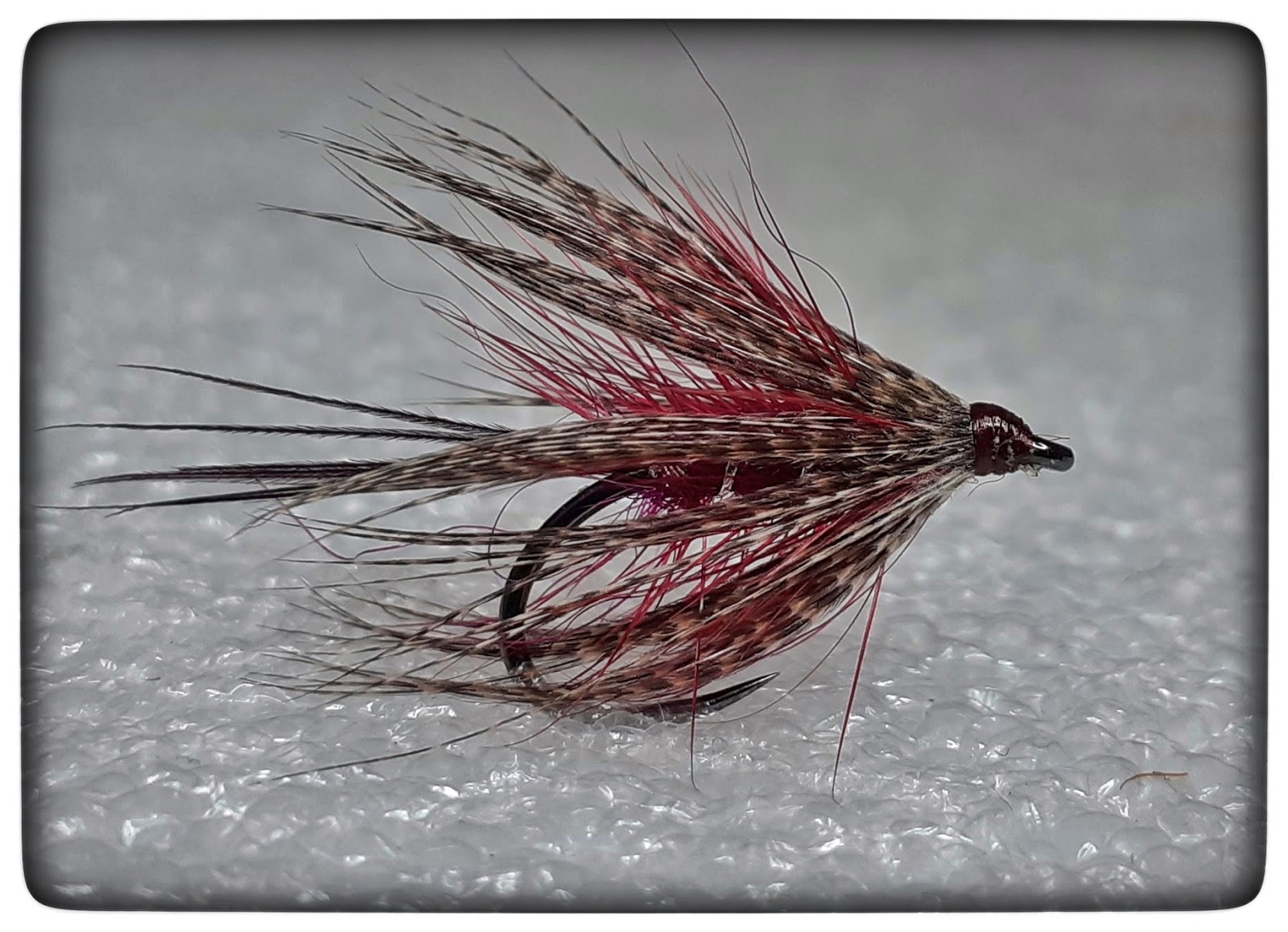