The Road to Hillend 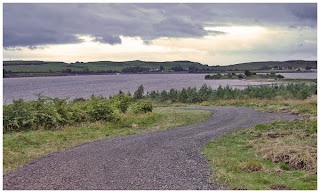 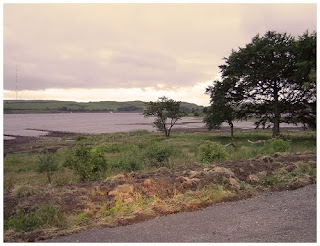 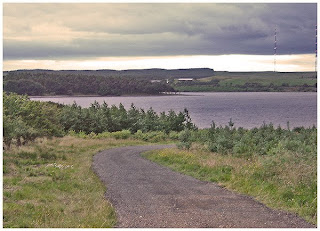 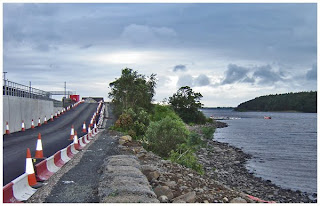 I went up to the loch tonight with my friend Alex with the intention of chucking some fluff at the fish, however when I arrived it was blowing a gale , so decided not to bother. Alex was attending a committee meeting in the club house so I just had a wander about the loch to see how the railway construction and the new roads were coming along.
The usual entrance to the Club House is now closed as the rails are on the track in preparation for the line. Access to the club house is now via the new road along the narrows under the bridge at Forsyth's house. This road just opened the other day there but there is still some work to be done to tidy everything up etc. Two new car car parks are to be constructed at the club house too for members only. The non member car park will be on the other side of the rail track and access to the club house will be via the footbridge over the railway.Everything is coming along nicely.
Finally the new road coming down from the Limerigg road to the North Shore is now ready but is not officially opened yet as gates, barriers and litter bins etc are still to put in place. I went over to it tonight and I must say it's going to be an absolutely brilliant addition to our loch as it gives access to the fantastic fishing along the North shore.
While I was driving down that new road tonight a young deer got startled and ran in front of the car. I also saw quite a lot of hares. That'll be handy as I could be doing with some hares ear for tying flies.